Also known as the American Renaissance, the Gilded Age period of American history was marked by America’s rapid economic growth and emergence as a world power. People like the Mills, Vanderbilts, and Rockefellers found themselves with a degree of wealth and power unprecedented in American history. 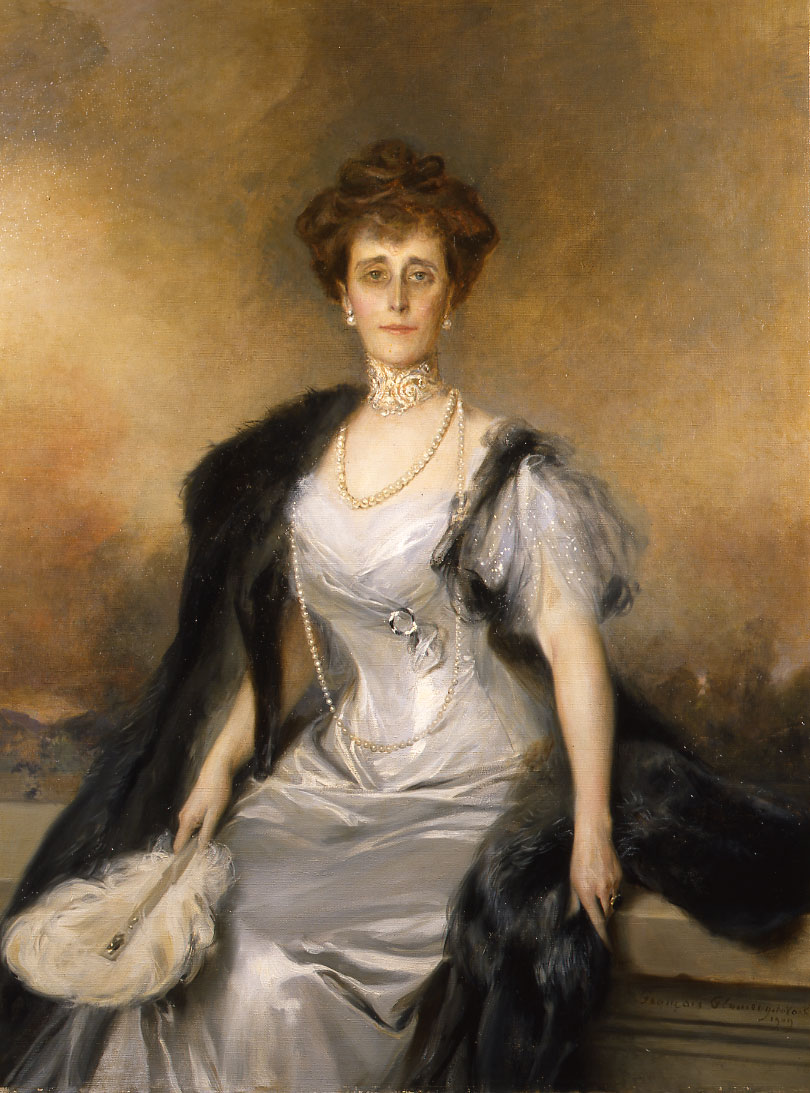 Ogden Mills, like his father, was a noted financier and philanthropist. In 1882, he married Ruth Livingston, whose family had been prominent landowners in the Hudson Valley since the 17th century. The estate at Staatsburgh was purchased in 1792 by Mrs. Mills’ great-grandfather, Morgan Lewis, the third governor of New York State. In 1890, Ruth Livingston Mills inherited her childhood home and the surrounding property.

Ruth Mills applied herself energetically to the social scene and entertained frequently at her houses in Newport, New York  City, and Staatsburgh. The Mills family resided in their Staatsburgh home primarily in the fall as a setting for numerous house parties and dinners. On the estate grounds, the family enjoyed activities such as golf, tennis, horseback riding, yachting, ice skating, and ice boating.

Ruth and Ogden had three children: twin daughters, Beatrice and Gladys, and a son, Ogden Livingston Mills. Beatrice married Bernard Forbes, the Eighth Earl of Granard, living in Europe for much of her life. Gladys married Henry Carnegie Phipps and with her brother founded Wheatley Stables, producing many important thoroughbred racehorses over the decades to come. Ogden Livingston Mills, a lawyer and businessman, served as Secretary of the Treasury in Herbert Hoover’s cabinet.

Ruth Mills died at her Paris home in 1920. Ogden Mills died in 1929 in New York. Both are buried in a mausoleum in St. James’s Cemetery in Hyde Park, NY.

“The 79 rooms, guest rooms and rooms for service, these gorgeous decorated spaces are meant to overwhelm and send a clear message about Mrs. Mills prominence and her wealth but also her lineage.”